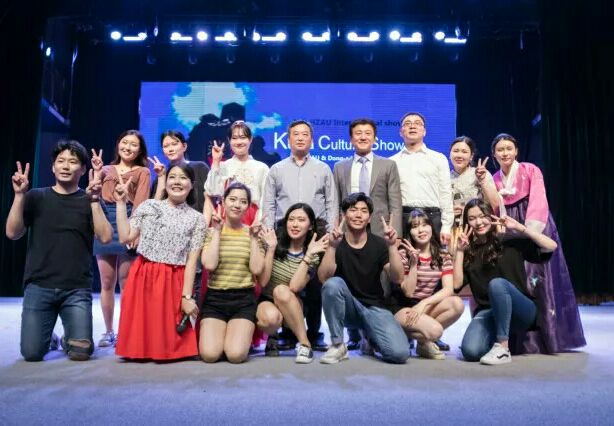 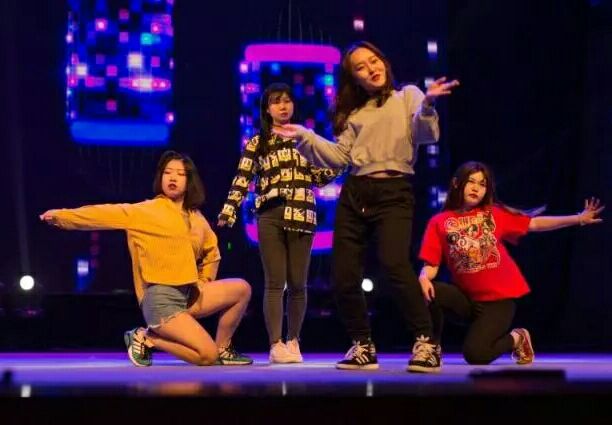 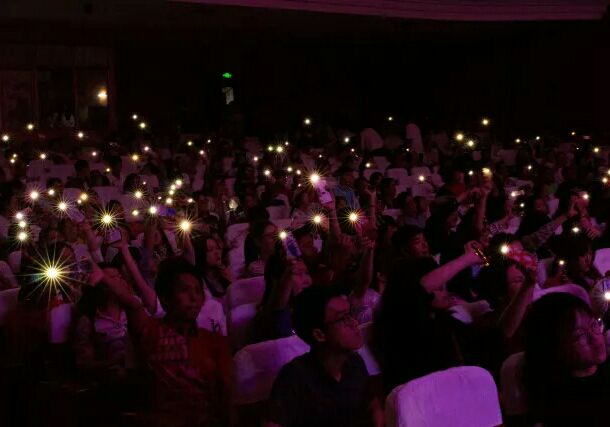 The first performance was made up of three Korean female exchange students.They wore cute skirt and danced with joy.After dance,they challenged Chinese tongue twisters and launched the Korean tongue twisters challenge.Some of the audiences were also invited to the stage to play some games.After the games,they performed a series of enthusiastic dances such as "Bboom Bboom" and "Bang Bang bang". 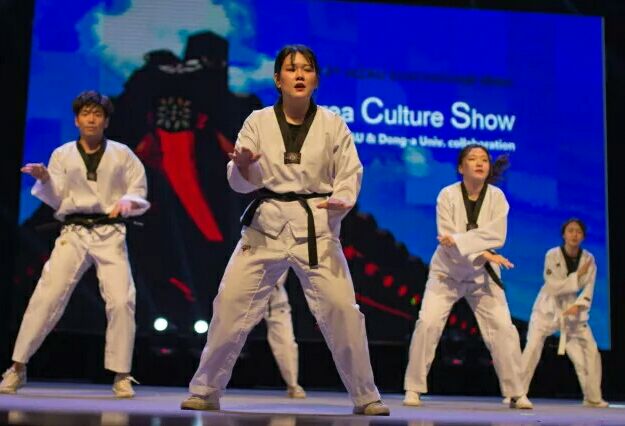 Gifts were tossed round and round again, and the atmosphere was pushed to a climax in the wonderful and continuous program. Kwon na yong from Korea used classroom teaching to teach the audience four Korean words: beautiful, strong, good, handsome, and active interaction with the audience. Two other South Korea exchange students successively through the PPT and video to introduce Korean culture, on the one hand was South Korea etiquette, including greeting greetings, thanks, apologies, night four different scenarios of gesture language and festival etiquette. Each language will use the small video way to reproduce the scene to show the difference, and then a man and a woman exchange students for the on-site teaching of festival etiquette. On the other hand, Korean traditional culture, first of all, showed the traditional Korean clothing, court Korean clothing, modern Korean clothing, Korean clothing accessories and traditional hair ribbon through the picture, and also introduces the Korean ancient architecture -- hanwu village. "Korean food is not only delicious, but also has many other advantages," said the Korean exchange student, who later told the audience about kimchi, Fried chicken and beer, Fried rice cake and other top 10 Korean food. 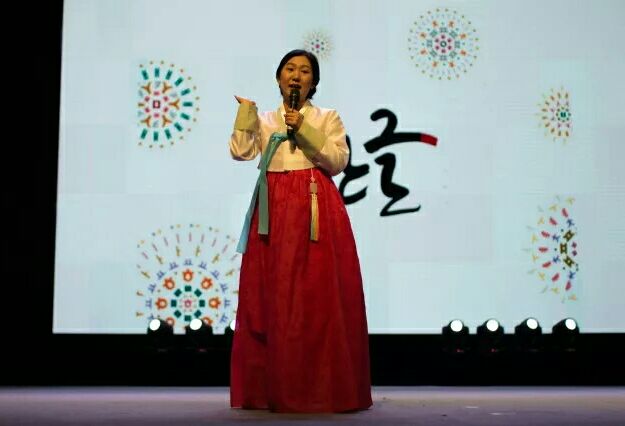 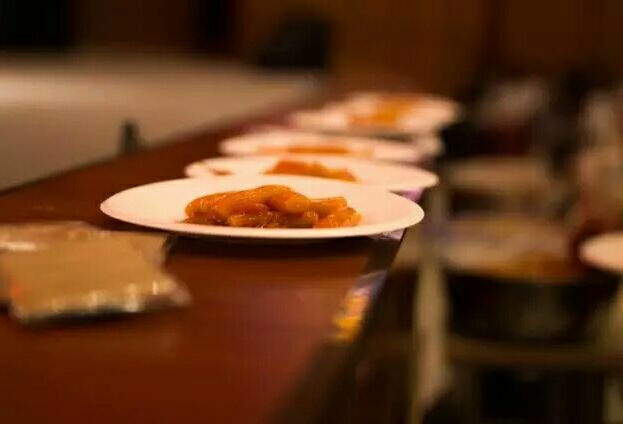 In the end, Korean students sang the inspirational song "swan's dream" with deep feeling in Korean, which brought the audience a visual feast. The Korean show ended with soft and melodious singing.