The color run race activity has always been a high action for fun and enjoyment; entertainment a very carefree movement having countless amusing to participate in if you don’t mind getting cloudy in different colors, like a rainbow after the rain. Every one early to park and get prepped by stretching, laughing and meeting new friends Participants end up saturated in color all over their skin and clothes. The color used is washable and nontoxic and can be washed out quickly, but so be sure to wear old clothes especially white garments so that color after absorbing can be visible. When everyone races around throwing handfuls of colored ash that sensations joyous moment.

Previously this activity was held in 2017, after comments and reviews of participants from the last event, this year, a thrilling and astonishing 2nd International Color Run Race activity was organized on November 4, 2018 with the collaboration of Volunteering departments such as cultural exchange, sports and recreational activities and association of International Culture Exchange (AICE) at Huazhong Agricultural University, Wuhan. Miss Wang Zoe from ISAO welcomed all international contestants, and Coordinators of VCIC introduced the rules of that beautiful activity. There were different groups of volunteers who were prearranged different assignments such as throwing color powder on runners as they passed through various checkpoints. Enjoying the moment. participants learnt quickly to keep their mouths closed when volunteers splash colors the event was started with the dancing, throwing colors, pictures, and videos. 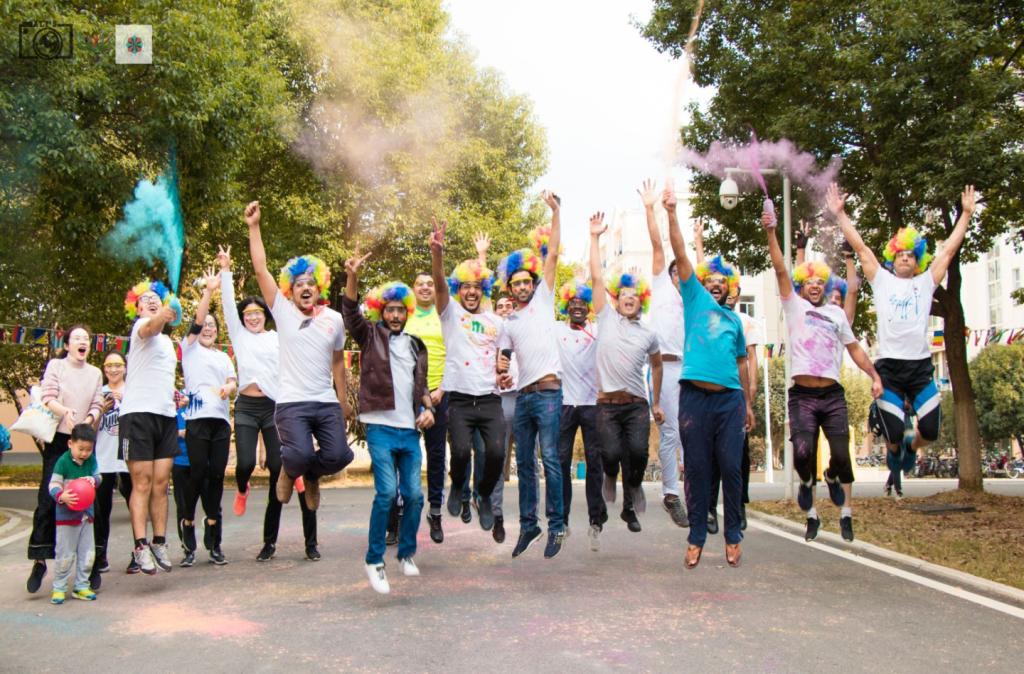 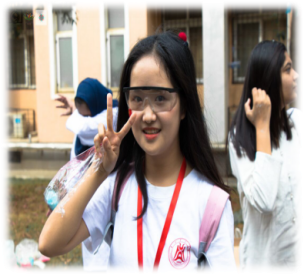 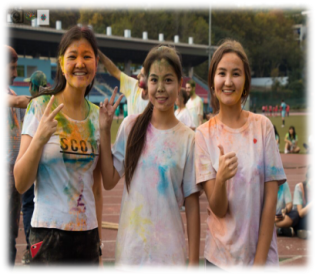 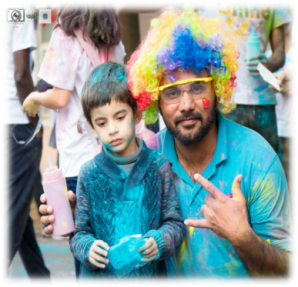 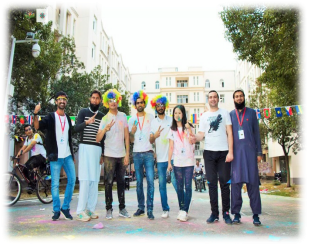 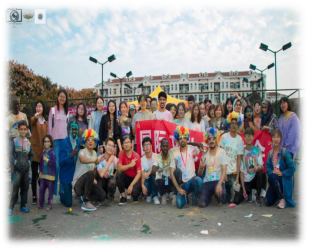 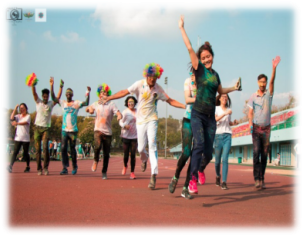 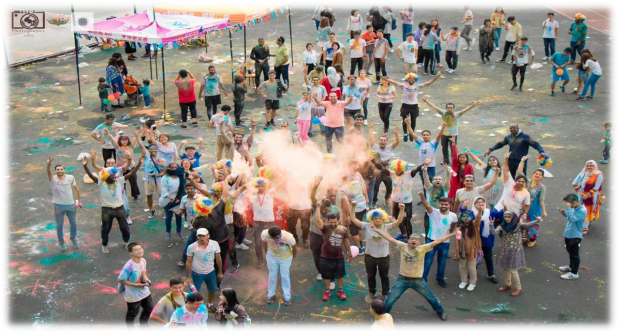 Running on the track activity was around 6km in length. After finishing run, another session of fun activities was organized at the second playground HZAU where different games were played. Most of the games were entertaining such as tug of war, rope jump, spoon games, and color fringing. The various prizes and awards as an appreciation for the winners and were distributed by the Coordinators of cultural exchange and recreational, sports activities departments at the end of the activity every one return back with colorful and outlandish appearances.

Department of News and Publicity (VCIC)